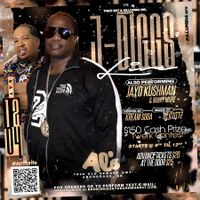 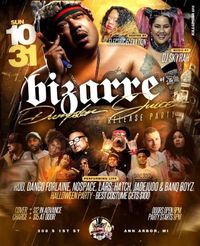 Bizarre of D12 album release party Halloween 2021 in Ann Arbor, MI. King Killumbia will be in the building supporting his homie Bizarre. 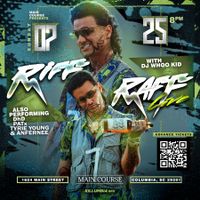 Riff Raff is an American rapper from Texas, known for his successful rap album ‘Neon Icon.’ He started rapping in 2005, and as he could not afford to produce beats of his own, he rapped over other musicians’ beats. He then ventured into creating several mixtapes of his own and slowly climbed the ladder. Eventually, he was hired by the rap group ‘Three Loco.’ After working with many record labels over the years, he finally settled with well-known DJ and music producer Diplo’s ‘Mad Decent.’ Riff recorded his debut studio album ‘Neon Icon’ and released it in 2014. The album enjoyed enormous success. Soon, he was inspired to start his very own music label, ‘Neon Nation Corporation.